One River, Many Voices: A Source To Sea Expedition 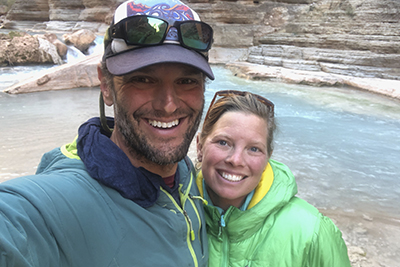 Mike and Jenny Fiebig during their 2018 expedition from the
Colorado River Headwaters to the Gulf of California.

Ever dream of floating the entire Colorado River from the headwaters to the Gulf of California? Mike and Jenny Fiebig made it happen in 2018. They began the journey in Wyoming’s Wind River Mountains and spent the next five months in dories and packrafts paddling to the sea, interviewing local folks along the way, and writing a new chapter in the story of human interaction with water in the west. Hear from them, and learn of their assessment of the environmental condition of the river. Panel discussion to follow the presentation.

We've partnered with the Moab Festival of Science for this event. Held every fall, the festival serves to connect and inspire citizens of southeastern Utah with the wonders of science and the thrill of discovery. September 18-22.