White Paper 4: The Future Hydrology Of The Colorado River Basin 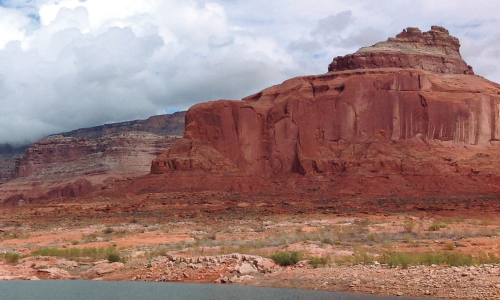 A summary of current hydrology projections for the basin with perspective on how to
incorporate them into CRSS and other planning models.

Long-range planning of the water supply provided by the Colorado River requires realistic assessments of the impact of a continuation of the current drought that began in 2000, the impact of potentially extreme future droughts, and the long-term and progressive decline in watershed runoff that is caused by a warming climate.

In this white paper, we've developed methods to make quantitative estimates of likely future conditions, thereby providing an approximate answer to the question, “How dry might future conditions in the Colorado River watershed become?” Our analysis is guided by the principle that what has happened in the past might happen again in the future. When viewed from the perspective of past flows reconstructed from tree-rings, or future flows projected from climate models, significantly more severe droughts are not only plausible, but increasingly likely, recognizing that hotter and drier conditions are making matters worse.

An additional aspect of our research is that we developed and implemented a scheme for incorporation of our estimates of future drought at Lees Ferry into the Colorado River Simulation System (CRSS).

What You’ll Find in the Paper