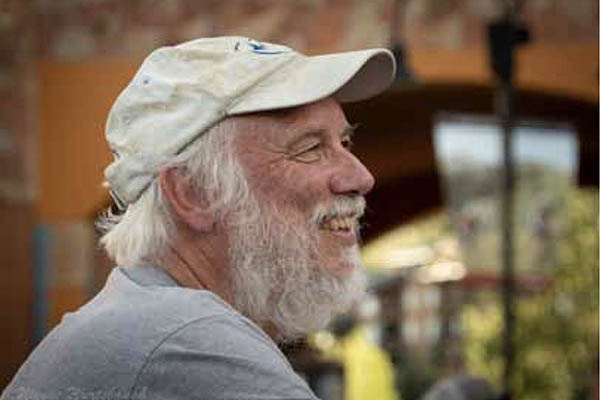 “My thanks go to the faculty and staff of QCNR for their patience and thoughtfulness over the years,” Luecke said. “People in the dean's office, the Business Service Center and the advising group always provided good advice and helped to keep me out of trouble. My special thanks also go to the aquatic ecologists who continually made my life interesting—and those who were incredibly helpful during my early years in the college.”

Luecke’s dedicated service has shaped the QCNR community in significant and lasting ways—over his career his academic efforts opened detailed perspectives into the workings of aquatic ecosystems. He developed and applied research that guided management of lake and stream systems in the western United States and led faculty and students with strong professional relationships.

Although the trajectory of his career has centered on aquatic systems, he initially explored other areas of research. Luecke pursued undergraduate work at the University of Kansas, the campus just a few hours from his parent’s home, finishing a BA degree in Ecology in 1978 and a Masters degree in 1981 under the mentorship of John O'Brien. Early on, Luecke became enamored with ecology, with a special interest in bird communities, but the ‘siren song’ of aquatic systems soon lured him in another direction.

“I preferred aspects of aquatic systems because I could work with really well-defined boundaries, like the edge of a lake or the edge of a stream,” he said. “Birds just kept moving around, which was a problem for the kinds of questions I wanted to ask.”

During his graduate research work, he visited the Toolik Lake Field Station in northern Alaska, looking at zooplankton in small bodies of water from a remote field camp surrounded by hundreds of ponds. The field camp was even more ‘rustic’ in the late 70s than it is today, he said. They lived in tents, and there was just one trailer for cooking … but it had a wood stove, so they spent a fair amount of time bundled inside that space to get warm.

“There were usually only about 15 researchers working there at a time—compared to 200 people today. You saw a lot more wildlife in those days,” he said.

A grizzly made frequent appearances in the camp and was dubbed, ‘No Doze,’ since no one dared to nap with such a large aggressive mammal feeling at home in camp day and night. There were rich opportunities at Toolik for engaging in the kind of research Luecke enjoyed—experimental and comparative studies. He considered these opportunities foundational for the trajectory of his later career. 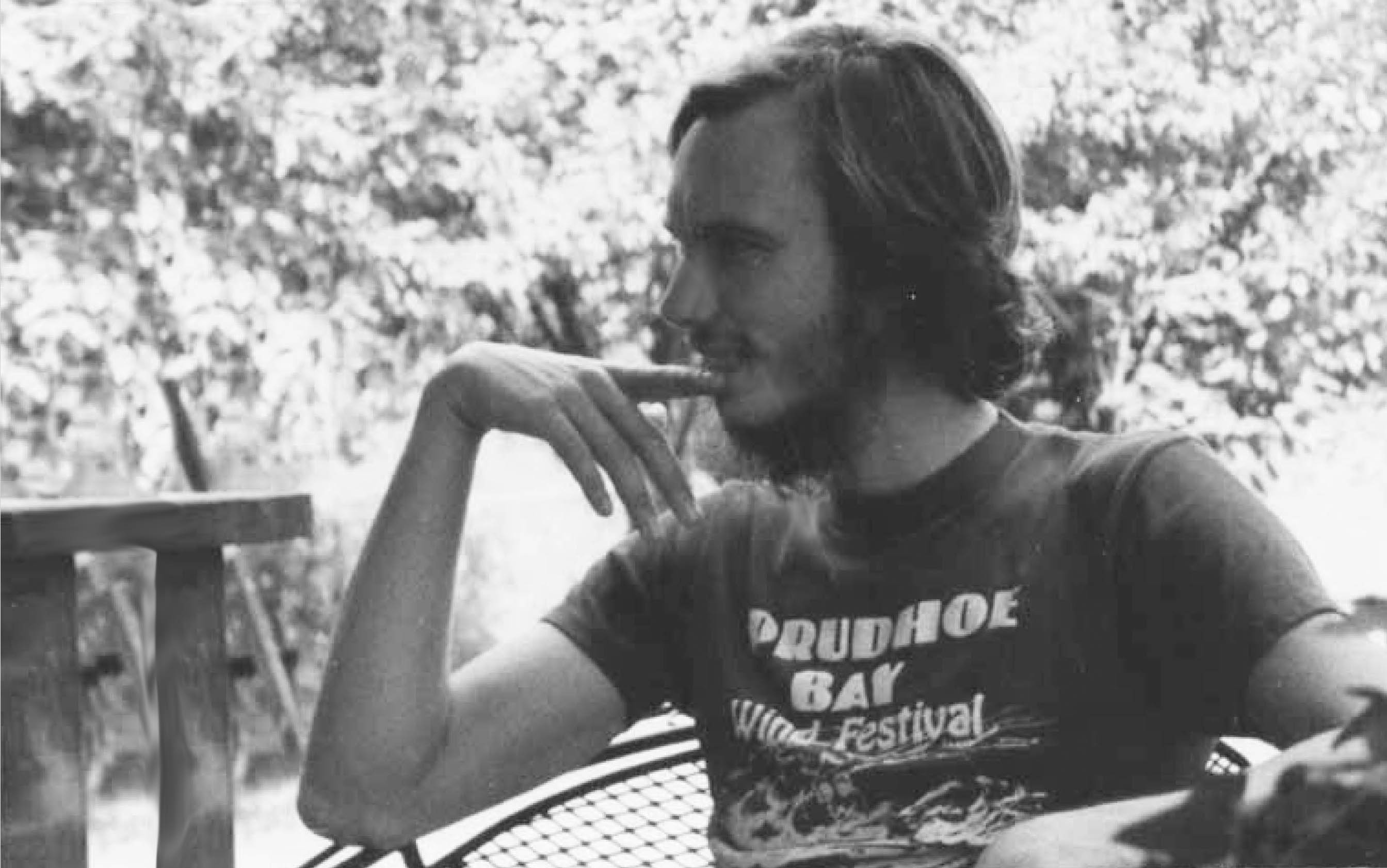 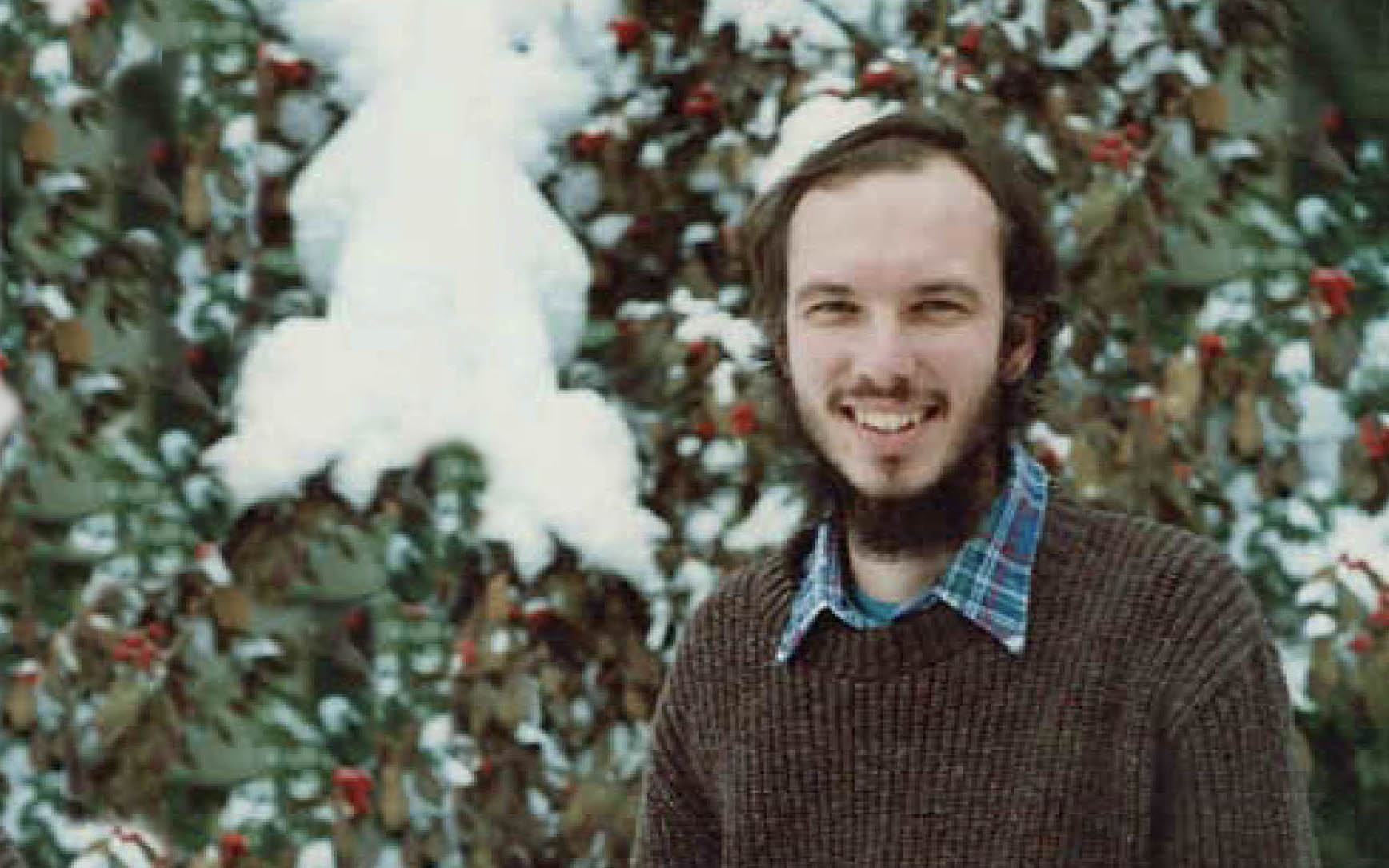 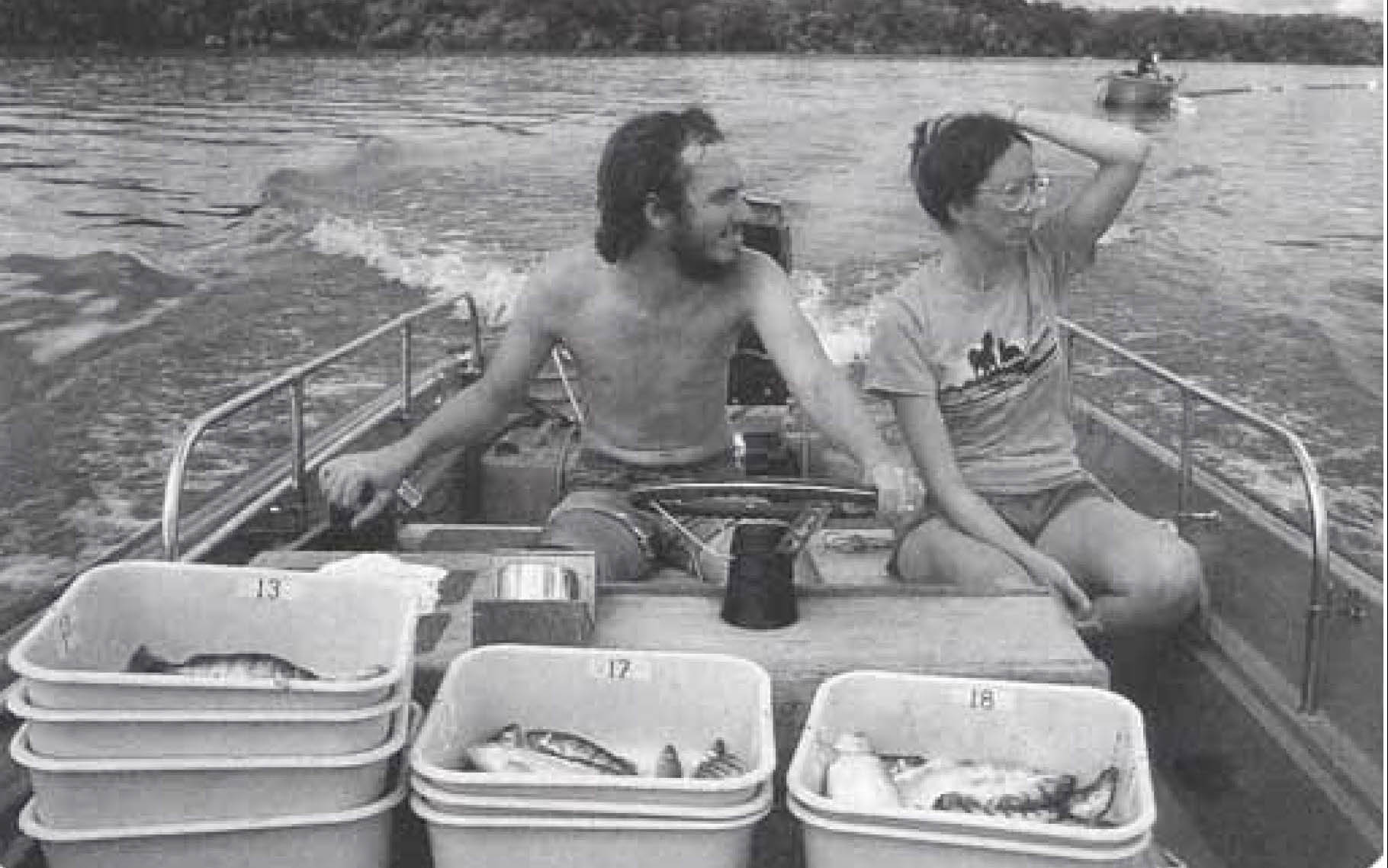 Luecke completed a PhD program at the University of Washington under renowned limnologist W. Thomas Edmondson, who offered students a strong educational foundation in the science of lakes. His experience there also opened opportunities for cross-college collaboration with faculty from oceanography, forestry, fisheries and biology departments—a kind of boundary-crossing that Luecke valued. From there, he accepted a  postdoctoral position at the University of Wisconsin, Madison and subsequently began looking for permanent jobs in academia.

He visited Utah State University … an interview meant to be just for practice. Environmental engineer Nancy Mesner (married to Luecke since 1986) had been resolute that northern Utah was not on her wanderlust bucket list—she had her eye on living on the west coast. But Luecke, after arriving on campus, driving through a green Logan Canyon and circumnavigating the turquoise waters of Bear Lake, decided to try and persuade Mesner to rethink her bias. She had a few key questions:

“Can you get whole-bean coffee in Logan?” she wanted to know. “Is there an NPR feed?”

“It wasn’t too hard to talk her into it,” Luecke said. “It was obviously a place with tremendous geographic adventures to be had.”

The pair arrived at USU in 1989, with Luecke starting as an assistant professor in the Department of Fisheries and Wildlife. His academic focus was the study of trophic interactions in lake ecosystems, and he taught courses in ichthyology, fisheries management and aquatic ecology. But after a few years Luecke said his focus on ecology began to evolve.

“In those early years at USU, my strong conviction was that by learning from the small scale details—studying a pond, or sections of a stream or wetland—determining the relationships of predator and prey, or why the abundance and distribution of species fell out the way it did, that I could then I extrapolate to understand how the system worked as a whole, to create rules about how ecosystems are put together that could be generalized to other spaces.”

But he noticed, when trying to generalize his knowledge, he would end up qualifying way too often with the phrase, ‘well, it depends.’ He realized that he should be looking at systems at a larger scale if he wanted to pin down generalizable patterns. The tools and technologies that emerged over the course of his career—GIS, remote sensing and satellite imagery—were finally allowing that kind of research strategy to move forward.

“The heroes of our field at that time were people who were doing studies on optimal foraging behavior and individual fitness” said Luecke. “We assumed that if we could learn the rules for all the organisms, we could put them together and have the answers … but it didn’t end up working that way. Nevertheless, we learned some good things on the way.” 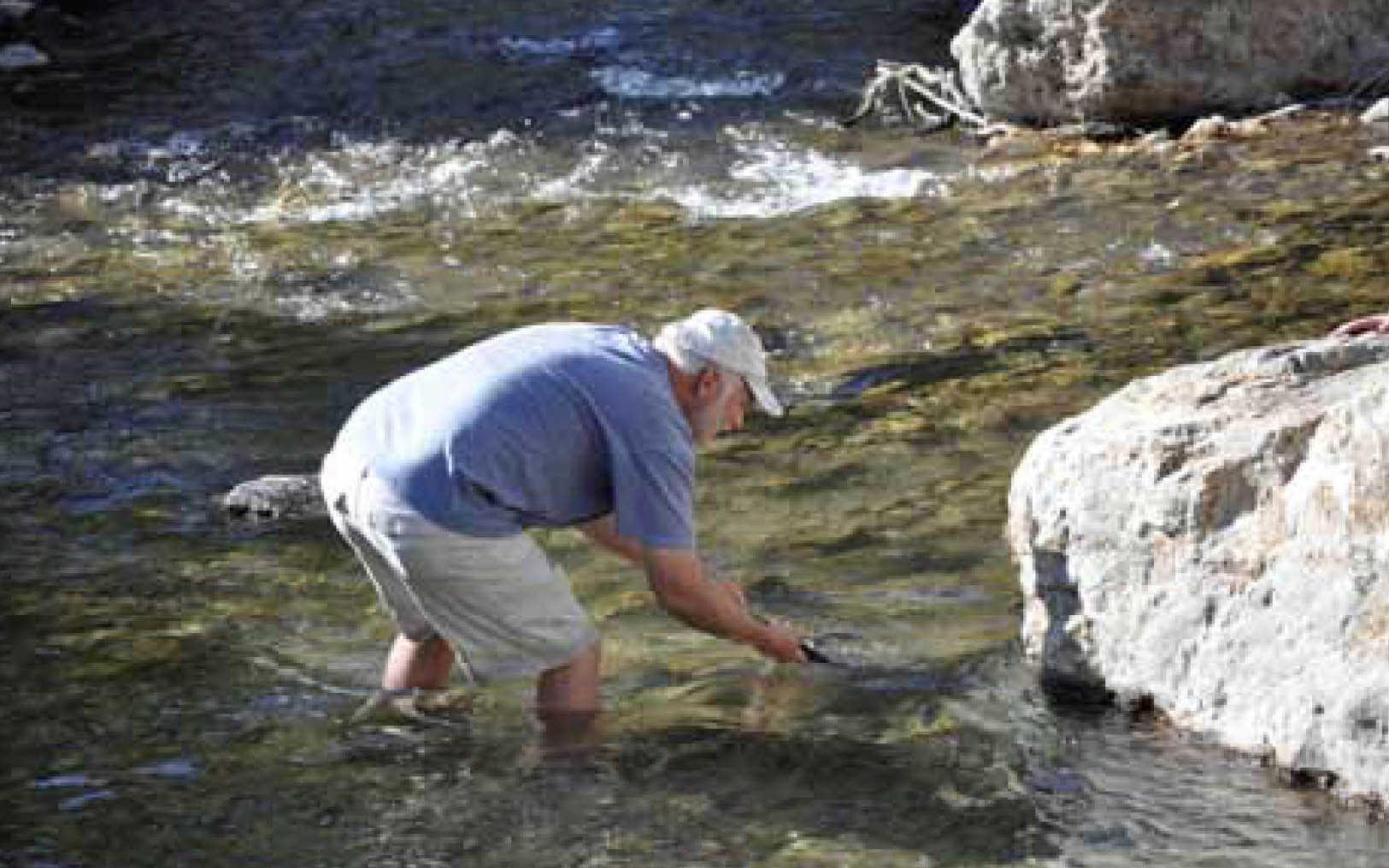 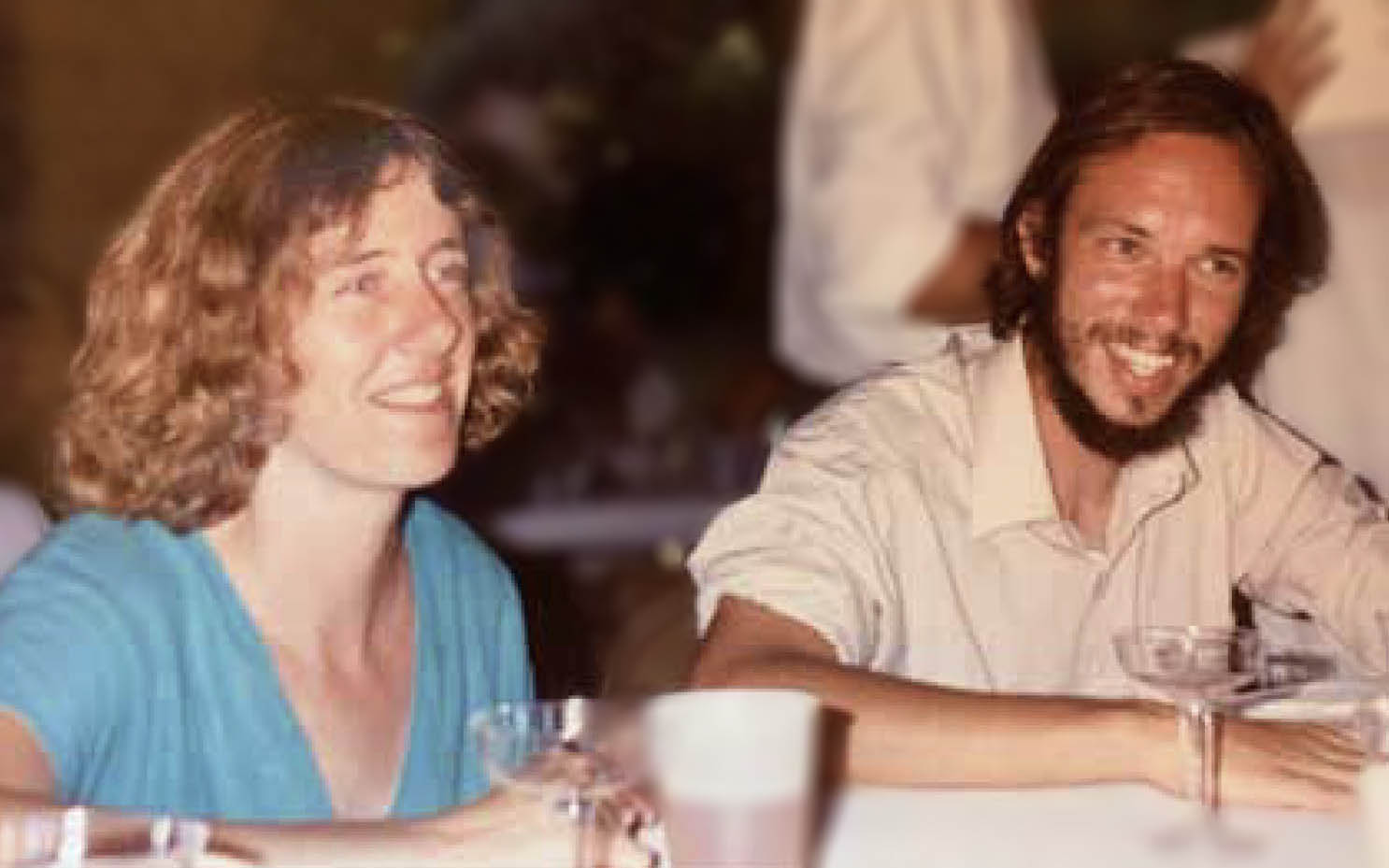 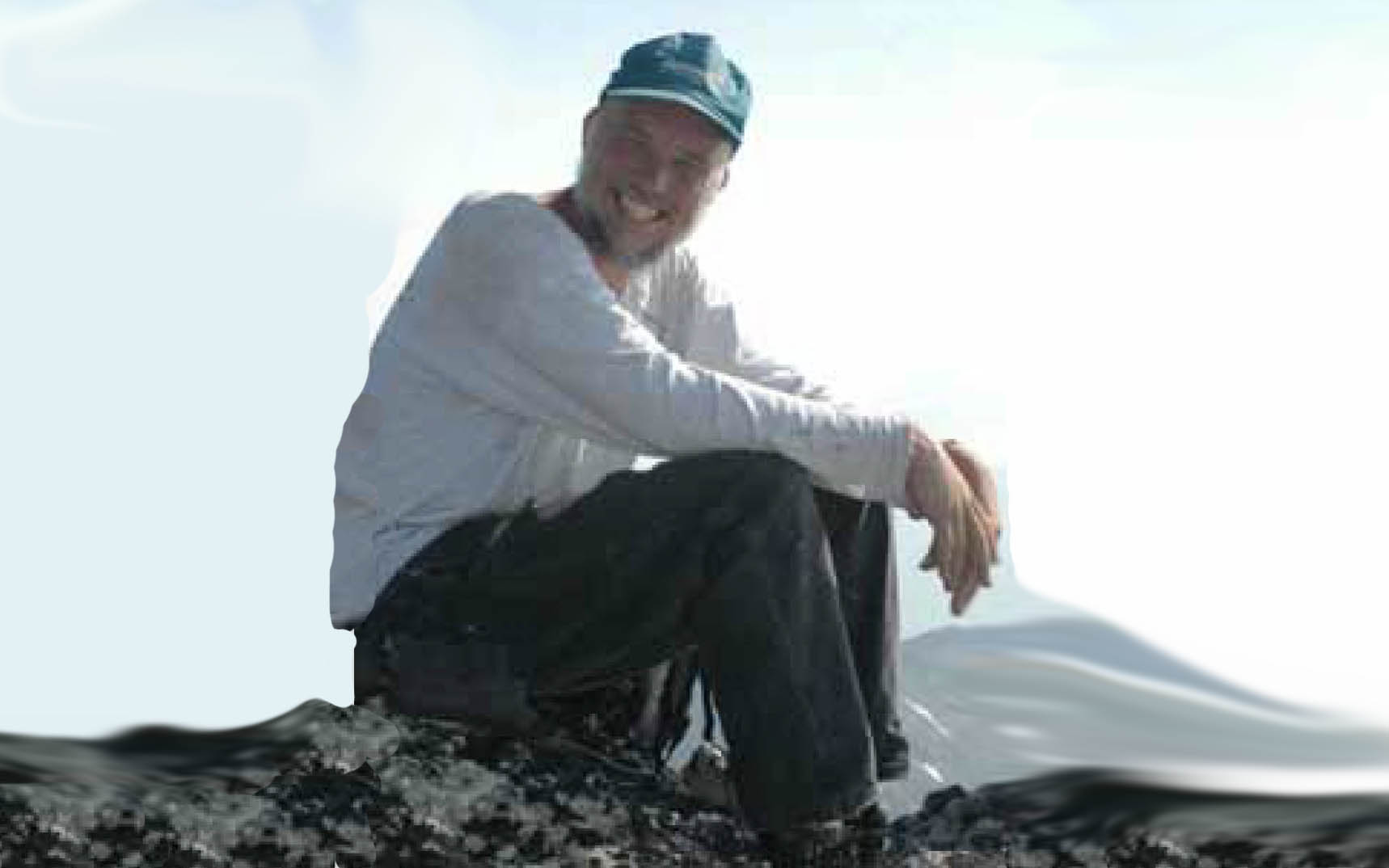 After a dozen or so years working on research, with results published and a solid list of completed projects, Luecke began evaluating areas where he could make a mark in the academic world. He realized that the graduate students he mentored over the years were now managing millions of acres of public land—in state and federal agencies and in the nonprofit world (including QCNR faculty Pheadra Budy and Nick Bouwes). It made him begin to pay better attention to the ‘non-linear’ contributions he could offer. He realized that these types of contributions actually might, in fact, be a better way to influence the world.

Beginning in 1997, Luecke was appointed acting-, interim-, and finally department head of the Fisheries and Wildlife Department. It was a time of major reorganization for the college, which had moved from hosting four departments to three, each with redefined roles and focus. The college was also on the tail-end of a cultural shift from centering on extractive uses of lands (grazing and tree harvests) to more of a conservation focus.

“There are plenty of people who missed seeing all the belt buckles and boots at college events,” he said, although the shift was generally culturally accepted.

Phaedra Budy said that she was “fortunate” to be accepted into a grad project with Luecke in 1992, although they met previously when they were both working at Lake Tahoe.

“I was hired to work on an amazing new project located in sockeye and kokanee lakes of the stunning Sawtooth Mountains,” said Budy. “We were exploring whether apparent declines in lake productivity due to basically extirpated sockeye and the loss of nutrients from their decomposing carcasses, could be augmented by whole lake fertilization. It was a great time to be under Chris (and Wayne Wurtsbaugh’s) mentorship as it was a big new project they were both super excited about, very well funded, and a big glammy science question to be tackling, not to mention the location. Chris had a big and growing research lab and lots of exciting projects underway here, in Flaming Gorge Reservoir and Bear Lake just to name a few.”

But it wasn’t just the research opportunities that Luecke offered that impacted Budy’s life.

“Intellectually, Chris is first a naturalist, then an ecologist, then an aquatic ecologist—not solely a limnologist. He has incredible breadth and depth, and curiosity when you are out in the field. One cannot help but to follow along with that innate curiosity, which made me a better and stronger scientist, and I try to pass that down to my students.”

He became dean of the college in 2012. Wayne Wurtsbaugh and Luecke had run their research laboratory together and had worked on many collaborative research projects together.

“He was such a great researcher and teacher that I was quite surprised when he wanted to pursue that kind path to leadership,” said Wurtsbaugh. “That, however, turned out to be a fabulous decision for our department, as he not only continued to teach and run a substantial research program, but he became a stellar leader,” said Wurtsbaugh. 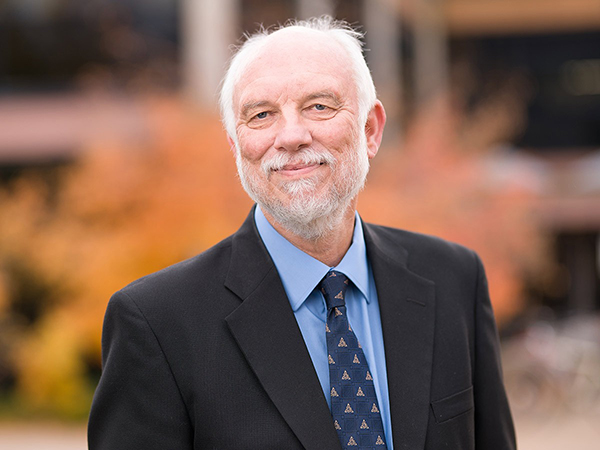 “Chris was an amazing mentor because he led by example and he gently pushed us all to a very high bar of excellence,” said Budy. “He was a big name in our field, but he had zero ego and was completely approachable and willing to give so much of his time and his intellectual energy. Yet at the same time, he was always willing to do the most mundane field or lab work, including things pouring toxic foam liquid insulation into the tubes of our thousand-dollar limnolcorral microcosms, or picking 450 individual tiny invertebrate zooplankton under a microscope in the Arctic—as long as there was good music. He believed that graduate school was as much about the learning and growth experience as it was the data.”

“It’s been both an adventure and a privilege to work with the passionate and talented faculty, staff and students while serving as dean,” Luecke said. “The kind of important work we do in the college has both impact and urgency and gives meaning and energy to a leadership position like this one.”

Luecke recently noted that, until recently, he has continuously resided on a university campus since 1974. Being surrounded by young, energetic, and enthusiastic scholars enhanced his perspective, sharpened his brain, and increased his happiness, he said.

And his students thought that he added to their life as well:

“What I think is amazing about Chris is that he is just such a great human, on top of his other accomplishments. He is silly, caring, and generous.”

“He has always made it clear that you can be a good scientist and still have a good home life and a diversity of other interests that shape your life and who you are.”