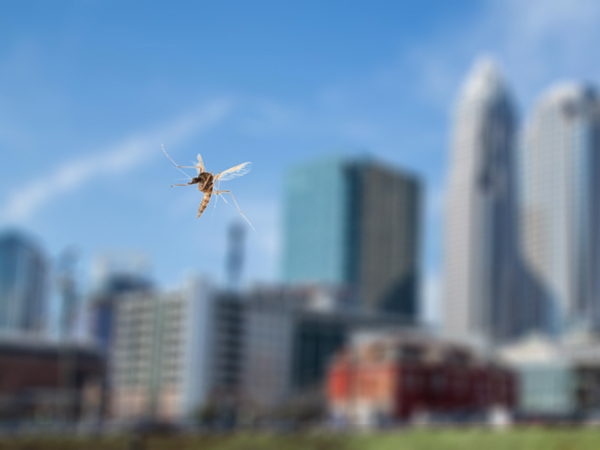 What happens when an evolutionary biologist, a population genetics expert and an animal disease ecologist join forces? If one of them is Kezia Manlove, from Utah State University’s Department of Wildland Resources, it results in a cross-disciplinary plan to track the disease-spreading potential for shifting populations of the mosquito species Aedes aegypti.

Manlove was recently nominated for, and participated in Scialog, an experimental conference designed as a metaphorical speed-dating experience to generate cross-discipline and scale-spanning brainstorming among academic researchers. The event brought together senior scientists and early-career academics; experimentalists and theorists; and researchers from diverse fields of expertise. In small group sessions the teams were challenged to design boundary-bending projects that combined diverse expertise in a way in which they might not have otherwise collaborated.

Manlove was awarded one of several $50K seed grants for her team’s submission: Estimating Aedes aegypti Spillover Potential and Evaluation of Current Mitigation Strategies. Members from her team included Crystal Hepp, an evolutionary biologist from the School of Informatics, Computing, and Cyber Systems at Northern Arizona University and Silvie Huijben, a molecular geneticist from the School of Life Sciences at Arizona State University.

“My work until now has been mostly at a macroscopic scale, understanding how transmission dynamics operate. At this event I was really able to extend my network and my perception of how these projects can be approached,” said Manlove.

One of the team is an expert in the evolutionary pressures that insecticides put on mosquito populations, Manlove said. The other has access to, and knowledge of, an incredibly rich data set of mosquito populations in Maricopa County, Arizona. Manlove is the modeling expert. She’ll take data from 800 different sampling points collected weekly since 2006 and the team will use their diverse skills to decipher the population dynamics and dispersal patterns for this disease-carrying insect.

“I’ve also been tasked with trying to identify potential barriers to movement for the species,” said Manlove. “Will they cross roads? What size of road matters? We’re also bringing in layers of human demographic information to determine what kinds of human communities are most likely to be sources for diseases like Dengue and Zika,” she said.

“The intent is to push boundaries,” said Manlove, “to connect people whose skill sets are fairly diverse but complementary, that otherwise might have gone unnoticed. It was a hard space to be in. It was humbling in a really great way.”